There are all kinds of lists out there for the best app games in various genres. Particularly this time of year, various tech publications are declaring their favourite action games, puzzle games, indie games, etc. But in addition to fun gameplay, the look of an app is increasingly important in how it’s perceived. So as we wrap up 2014 in tech, here’s our take from a design perspective: the best-looking app in several popular gaming categories.

One of the most popular games of the year, Monument Valley is a gorgeous little app from the creative, brain-teasing minds at Ustwo. As a game, it’s basically a series of geometric puzzle landscapes, and your job is to guide a young princess through the courses of spinning terrain and sliding walkways while figuring out illusions to clear a path. But it’s the look of the app that truly sets it apart. The illusions themselves make for intriguing sights; the levels are designed as inventive, layered, floating castles and palaces; and even the colours seem to glimmer with strange quality. 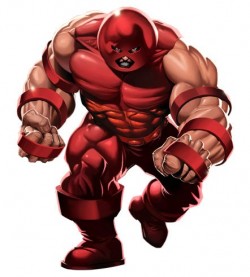 This game has received some criticism for failing to inject its characters (an extensive selection of Marvel Comics heroes and villains) with any of their trademark personalities. But in appearance, it’s difficult to top among arcade fighter options. The graphics are sharp, the various levels have a nice depth of field, and each Marvel character is brought to life with perfect detail: Spider-Man is slim and wiry, the Hulk takes up half your screen, etc.

Poker In Play is a unique game in the casino genre. Instead of just having you play poker (specifically, Texas Hold’em), the game lets you view other players’ cards, and the betting objective is to select the hand likeliest to win the pot. It’s an interesting extension of Betfair’s poker site, and one that’s meant to help users improve their playing and betting strategies. But its simplistic appearance is where it excels. There’s not much “exciting” about the look of this app, and that’s just how some serious casino gamers want it: the cards and chips look real, the backdrop doesn’t distract, and everything operates smoothly. In freeing itself of the cartoons and sideshows of similar apps, it achieves a sleek, professional look.

There are a lot of options in the action gaming category, with more than a few apps displaying fairly incredible graphics. But this one truly thrives in mimicking a console shooter atmosphere, both visually and in its gameplay. Running about and shooting up opposing soldiers, this game looks and feels almost like a Battlefield or Call Of Duty game, optimized for your mobile device. It’s compatible with phones, but for the full experience it’s a great game to try out on a tablet as well.

Game designer Simogo made its claim to fame with the unique and extraordinarily creepy game Year Walk. Priding itself on visual design and overall experience, rather than addictive or repetitive gameplay action, Simogo went on to develop The Sailor’s Dream. In doing so, they may have produced the single best narrative game available for mobile devices. To be clear, this is barely a game in the traditional sense. It’s almost more of a novella in digital form, taking its players through a click-and-explore story. And that story is beautifully rendered. This is a developer that takes its time in establishing visuals not just to look nice, but to contribute to an overall atmosphere. You can truly lose yourself in sifting through the results.